Nitta san a new believer brought us to see her land up on a hill in the woods. She has great love and respect for nature. She set up a whole eco system where rare species of butterfly flourish. Where large beetles are able to reproduce and be part of the forest. Students visit her forest to learn about ecology.

Thru Nitta San she introduced us to another lady who is CEO of a company.
We met this CEO and found out her company became a tsunami survivors camp for 150 people for 4 months. She went thru tough times after the Tsunami but she was so concern for her staff that she kept her factory running in order to provide jobs for her workers.
She also raised funds to send money to U.S. after their recent tornado disaster.
As she shared i was prompted to share prov 19:17 with her… Those who give to the poor , lends to the Lord and He will repay. When she heard this , tears streamed from her eyes and we prayed for her. We became friends and look forward to visiting her again.
Her factory also makes special lady handbags which she sells and part of the proceeds go to charity. ( social enterprise ).
Of course we bgt a few bags from her :)) 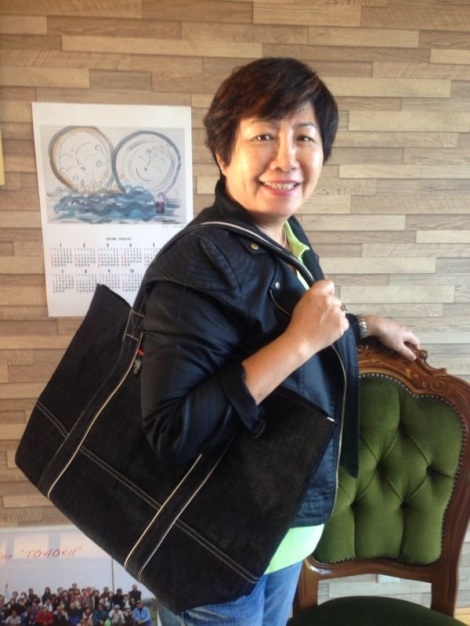 One response to “Ministering to people of influence in marketplace.”